Opinion of Advocate General in the case C-129/19 Presidenza del Consiglio dei Ministri/BV: also the “resident victims” shall be protected with a fair and adequate compensation 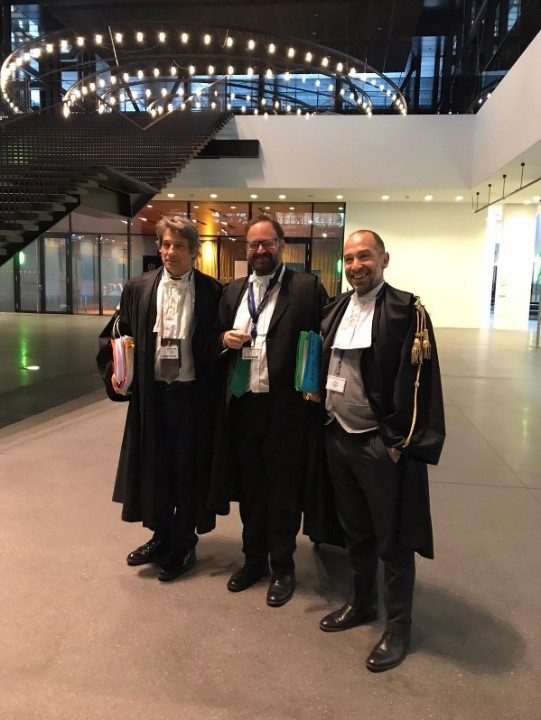 The Lawyers Oliva, Bona e Bracciani at the Court of Justice

The “pilot lawsuit” was brought against the Italian Presidency of the Council of Ministers by BV, victim of kidnapping, sexual violence and beatings occurred in 2005, in Turin. BV has never received any compensation by the two authors of crimes, although they were condemned because without financial resources and, also, untraceable.

Object of this case is the Council Directive 2004/80/EC of 29 April 2004 relating to compensation to crime victims. Art. 12 establishes the following obligation: “All Member States shall ensure that their national rules provide for the existence of a scheme on compensation to victims of violent intentional crimes committed in their respective territories, which guarantees fair and appropriate compensation to victims”.

According to BV’s position, pursuant to this Directive, from the 1st July 2005, Italy should have guaranteed, a fair and adequate compensation / indemnity to all victims of violent intentional crimes (murders, injuries, sexual violence) committed on the Italian territory, when unable to obtain it  from the offender since he may lack the necessary means to satisfy a judgment on damages or because the offender cannot be identified or prosecuted.

The Italian Presidency of the Council of Ministers, instead, stated that Directive was applicable only to foreign victims transiting on the Italian territory, and not to the ones residing in Italy and there injured. Furthermore, the Government denied also the applicability of the Directive for the crime of sexual violence.

The Court of Turin (judgment 2010) recognized a responsibility of the Italian Government for late (and/or incomplete) implementation in the national legal system of Directive 2004/80/EC. The Court of Appeal of Turin (judgment 2012) confirmed the ruling and condemned the Italian Government: “It is certain that Italy has not established any compensation system for victims of sexual violence and is therefore in default”. BV was awarded with € 50,000.00 as compensation, sum that has not yet been paid by the Italian State.

In 2012, the case was then brought before the Supreme Court of Cassation that lodged a request for a preliminary ruling in November 2019.

The victim was assisted by the lawyers Marco Bona, who discussed the case at the hearing on the 2nd March 2020, and Umberto Oliva (Law Firm MB.O – Bona, Oliva & Associati) together with the lawyers Francesco Bracciani, representant of the victim in the criminal proceedings, and  Prof. Vincenzo Zeno-Zencovich.

Today, 14th of May 2020, the Advocate General Michal Bobek published his opinion, arguing that, in line with the victim’s position, the Directive imposes to all Member States the establishment of national compensation systems for any victim of violent intentional crime committed in their respective territories “regardless of the victim’s place of residence“.

To this solution, the Advocate General added that “legislation must be interpreted from the point of view of a normal addressee, who is unlikely to start searching various documents (not always publicly accessible) pertaining to the legislative history of an instrument, to find out whether what is written in the text reflects the subjective will of the historical legislator“.

According to the lawyer Bona “this conclusion constitutes an important confirmation of the correctness of the position sustained for over ten years of the lawsuit, even if we still have to wait for the decision of the Court of Justice on the interpretation of the directive to close the circle “. Hopefully, the decision, expected for the summer, will incorporate the opinion of the Advocate General.

The Advocate General, even if with an approach defined by the same as “minimalist”, also took a position on the amount of compensation due, stating that to be considered “fair and adequate”, according to the directive, it should give a meaningful contribution to the reparation of the damages suffered by the victim. In particular, for the Advocate General, “the amount of compensation cannot be so low that it becomes purely symbolic, or that the usefulness and comfort that the victim derives from it is, in practice, negligible or marginal”.

This second question is important because the Italian legislator, in order to avoid this kind of lawsuits before the Court of Justice, with extreme delay and only after 2016, provided for the following indemnities: – the “fixed amount” of € 7,200 for the crime of homicide (to be divided among all legitimate active family members), to be increased maximum € 8,200 if the murder is committed by the spouse or by a person connected to the victim with an emotional relationship, in the past or at the time of the event; – the “fixed amount” of € 4,800 for the crime of sexual violence; an amount for the reimbursement of medical and assistance expenses “up to a maximum of € 3,000” for personal injuries.

With reference to these amounts, the Italian Presidency of the Council of Ministers argued in the “pilot case”, before the Supreme Court, that they were sufficient to satisfy the claims of the crime victims, BV included. However, according to the BV’s lawyers, Italy remains in default, given the derisory nature of the sums.

Also, the Supreme Court, stated that these indemnities are located in the “derisory area” and that the amount of € 4,800 for the victims of sexual violence is a sum “blatantly not fair“.

The Italian Government, only in January 2020, revised this amount, increasing it to the “fixed amount” of € 25,000. Besides the fact that this compensation is still very far from the compensation levels for victims of sexual violence and cannot be customized, such intervention does not solve the problem of the victims of crime who also suffered the failure of the Italian State, such as BV, who from 2005 has never received any protection and was obliged to issue judicial proceedings started in 2009.

Furthermore, it is still not certain that, in the future, the victims will be able to access the latest revised compensation, since these amounts are given out until there are enough resources available under the current legislation, without an overcharge of the public finance (Articles 2 and 3 of the Ministerial Decree of 22 November 2019, published on 23 January 2020).

BV’s path is still long and after the Court of Justice, the case will be resumed before the Supreme Court for the final decision on the Italian State’s non-fulfilment and on compensation.