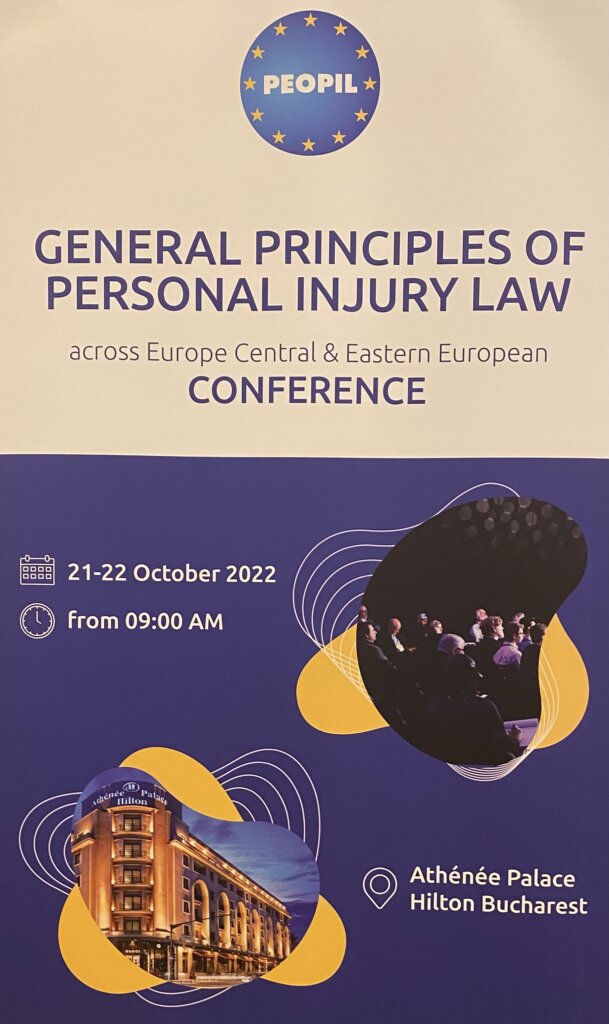 A successful conference, organised by PEOPIL association (Pan-European Organisation of Personal Injury Lawyers), was held in Bucharest (Romania) on October the 21st and 22nd, focusing on «Pursuing claims for compensation for personal injuries and financial losses including options for utilising foreign courts and the advantages and disadvantages of doing so».

The conference was an excellent occasion to meet with colleagues who specialize in personal injuries law, as it was attended by numerous lawyers, mainly from Eastern and Central Europe: Romania, Czech Republic, Poland, Turkey.

Our Firm was deeply involved in the activities of the conference.

Marco Bona has explained the role of the Court of Justice of the European Union in claims for damages caused by personal injuries, throughout a concrete analysis of cases followed by MB.O Law Firm and brought before the CJEU; Giulia Oberto, instead, has described the general principles of Italian tort law.

With the intent of comparing with other European jurisdictions, mainly Eastern European ones, we have discussed pecuniary and non-pecuniary losses, especially regarding lethal accidents or accidents causing severe permanent damages, and any related issues.

Thanks to PEOPIL, thanks to the Colleagues – almost a hundred – that attended the event: it has been an occasion for some relevant professional development, but mainly a friendly meeting of professionals from the diverse European Countries.